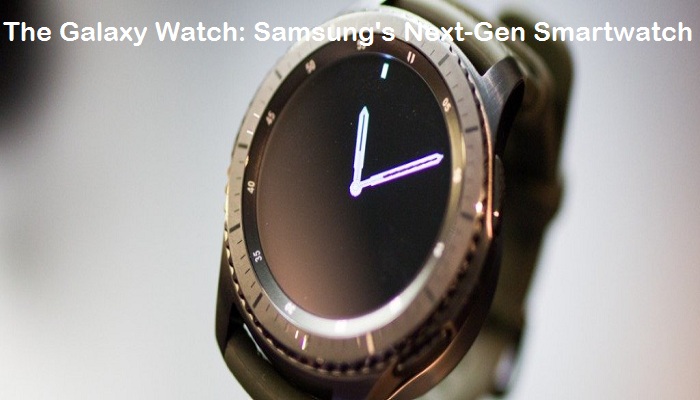 Samsung has been making names for itself in many areas. Its cutting-edge technology has been ruling the world of electronics for quite a while now. Its range or smartphones have been a show-stealer as well. And now, it has announced the launch of the Galaxy watch in August along with Note 9.

Initially called Gear S4 had everyone’s attention for over a year and a half now. At the end of 2017, it introduced Gear Sport instead. After its first Galaxy Gear, it launched Gear S2 and S3 as well.

But this is different, unlike any other.

Why Is Galaxy Watch Offbeat?

This is different and for good reasons. To start with Samsung is going to drop the word Gear from its name. The world will call it Galaxy Watch.

And the other reason why this next-gen watch from Samsung has been in the limelight is that Samsung has gone out of its way for taunting Apple. It has come out in the open and created several advertisements that show them both against each other.

From the field of smartphones, the batter has come to a next level as Samsung brings out Bixby smart speakers against Apple’s home pod and now the smartwatch.

What Has It Got? 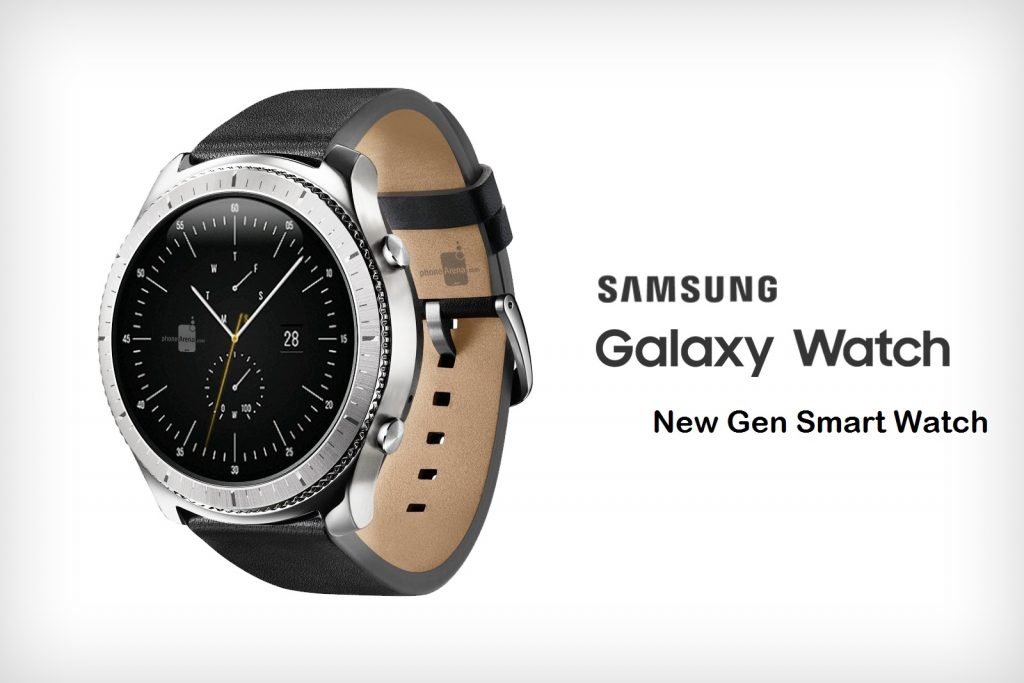 From all that we have heard about it, the Galaxy Watch might have many attributes like that to the Apple smartwatches. The features like colour options, the connection to the mobile, and built-in smart assistant have been in Apple and Will be in the Galaxy Watch.

Its name suggests it is more in line with the Galaxy smartphones. Also, its display is of the same size as the gear sport which is 1.2-inches. The case measures a little over 2 inches by 1.7 inches.

It will run on Tizen 4.0 OS, Samsung’s smartwatch operating system which means it might have similar features as the Gear series. And by that, we mean music, alarms, notification and Samsung pay. Bixby will be its smart assistant instead of the S Voice feature.

Talking about the OS, rumours have been that Samsung will be using Google’s software in its all-new Galaxy Watch, or so the name suggested. But as we can see, it is not happening. Agreed that Tizen had limited functionality in its initial years, but it has come a long way. It has grown more feature-filled that was evident in Gear S3 and Gear Sport that were more usable.

We also hear that the Watch will have better battery life as compared to the Gear Series. Thanks to the larger battery, it can now have a few hours of extra battery life. S3 had 380-mAh battery while The Galaxy Watch will have a 470-mAh battery. Massive, isn’t it? The Watch might have a Panel Level Package (PLP) technology based chipset. This will mostly make the chip thinner, giving more space for the battery.

Samsung can launch the Galaxy Watch in the United States and Canada. The Samsung’s next-gen watch will work with any carrier and have LTE support. It has been noticed that the Galaxy Watch will AT&T, Sprint, T-Mobile, and Verizon. This indicates that either the Watch will be sold unlocked or through all four carriers.

The name will show at the back along with the model numbers SM-R815U and SM-R815W. These are the two models that will support LTE connectivity. The model number SM-R810 is a wifi only model. The other variants are SM-R800, SM-R805, and SM-R815.

All eyes are set on the Samsung’s new Galaxy Smartwatch and Note 9 as well. Note 9 has been piquing our interest for its redesigned S Pen stylus and that it could be last of the Note series.

Whatever said and done, the wait will be over soon for both Note 9 and Galaxy Watch. We can hope that it comes out as good as we think it will be. Both of them will be unveiled on August 9 but will be available for sale only from August 24. We are waiting with anxiety and excitement for the Samsung’s next-gen smartwatch.