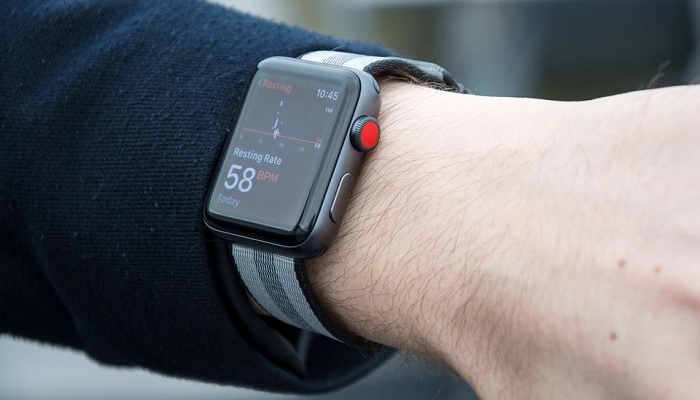 Smartwatches have advanced altogether in unimaginable ways. And so, quantum devices are on a boost. We never thought smartwatches getting incorporated with the latest technology.

What can smartwatches not do? Tricks such as enabling GPS, tracking your exercise, voice command, etc. are easier now.

We all know that wearable technology is still is not in equilibrium with smartphones. They surely have a long way to do. However, recent changes have compelled me to write this blog for you

Lets us look at the top best smartwatches for Android and iPhone.

Apple Watch series 3 is the best smartwatch available in the market nowadays. It is same as Apple Watch series 2, but the upgraded version comes with enhanced features and significant hardware changes. Of course, this optimized the performance and the efficiency.

The technology used for GPS in Apple Watch Series 3 is outstanding as compared to others smartwatches. It can track walk, run on just a simple click without involving to a smartphone.

For our generation, the Apple Watch series 3 has added some rather significant changes. So, it has LTE as an option which uses a small electronic sim rather than a big sim card.

It is an excellent smartwatch that comes under the budget-oriented list of smartwatches. Ticwatch E comes with a full OLED screen and HR sensor. This HR sensor can calculate your heartbeat on the go. GPS system that can track your daily records.

It is water resistant; so, you no need to worry about your smartwatch even if it is wet. It also has a good battery life up to 1.5 or 2 days.

It is made up of polycarbonate plastic, not from steel. In spite of metallic hardware, it is the best smartwatch that comes under the budget segment. 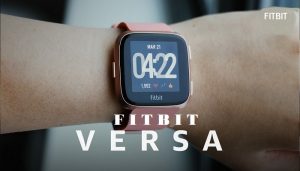 Finally, Fitbit has released its new product Fitbit Versa after years of wait. Fitbit Versa’s out of the box comes with free space of 2.5 GB of storage for music and battery life. The battery life of this smartwatch is around 3 days which is quite interesting.

If you are looking for a basic smartwatch, then Fitbit Versa would be your choice. It doesn’t have a GPS system. However, it is the best for the basic operation like wireless payments, music,  tracking daily records, and receiving notification. It has a smart light that can enable right from your wrist.

The user interface is also easy to operate and it builds around the round bezels of the smartwatch. The battery life is also durable as compared to other smart watches. It usually gives around 3-4 days of battery life.

Garmin Forerunner 935 is the best smartwatch for Athletes. It delivers notifications and weather reports on a single click. You can also listen to music and do a lot to stuff by connecting to the IQ app store.

Most of the apps installed on it are sports oriented. However, it has simples games and digital services too. This smartwatch is best suited for athletes.

Huawei Watch 2 is simple and most complete felling smartwatch with great features and solid design. It has a good GPS for sports tracking with 2 days of battery backup.

It has 24/7 heartbeat tracker where users can easily monitor his/her heartbeat. There is also a 4G option available in the watch for those were willing to pay more.

However, Huawei Watch 2 is the standard level smartwatch for the users those were willing to buy a good smartwatch in the medium budget. Worth your shot, trust me!

Timex IQ+Move looks and feel like a simple analogue watch. It will track your steps and monitor your sleep.

There is a dedicated dial for notifying your steps and to show your distance. This smartwatch can sync the whole data with your smartphone. There are hidden LEDs which will glow after pressing one button.

Fitbit logic is the best alternative for Google and Apple smartwatches. It has own app store and apps installed on it.

It has an excellent battery backup for 4 days and a bight and sharp screen. The GPS using in Fitbit lonic is accurate, and we can easily use it for cycle tracks.

So that’s it, some of the best smartwatches for you. Hope I helped you in choosing your smartphone. So, why don’t you carry the world on your wrist today?